Perseverance (grit) and self control are often considered two of the most important predictors of academic outcomes as well as success. There have been a number of studies attempting to draw correlations between perseverance/self control and academic outcomes. These various studies conducted by Dr. Duckworth and her colleagues have shown some correlation between the level of a student’s perseverance and their academic outcomes, while Dr. Mischel’s famous marshmallow experiment showed higher SAT scores for those children that resisted the temptation of the first marshmallow.

How do these studies inform our teaching practice?

Consider the following excerpt from Teaching Adolescents to Become Learners:

While the [marshmallow] experiment does not provide evidence that self-control leads to better test scores independent of the effects of students’ initial intelligence levels, it does provide evidence that whether children exhibit self control depends on context (e.g., whether the marshmallow is in plain sight or not), and on whether the children are given strategies that allow them to complete a task successfully (i.e., distraction strategies provided by the experimenter), as well as on children’s cognitive skills (i.e., whether they can come up with ways to distract themselves). Thus, while students may have different innate levels of perseverance as a personal trait, the degree to which they demonstrate behavior that appears perseverant depends on the context they are in and the skills and strategies that they possess, all of which can alter the difficulty level of the task in front of them.

The personality traits of perseverance and self control may not be easily malleable, but as educator’s we can influence the classroom context, cognitive strategies the students use, and the cognitive skills the student’s rely on to keep themselves focused. In other words, we can get students to act gritty.


Academic perseverance (the tendency to maintain productive academic behaviors over time) is largely influenced by the individual student’s academic mindset – the attitudes and self-perceptions that each student possesses. Farrington condensed the extensive research on student mindsets into four key beliefs.

, Tough boils these beliefs down even further, combining the work of Deci and Ryan with Farrington. Tough condenses this vast body of work into two meta-messages. 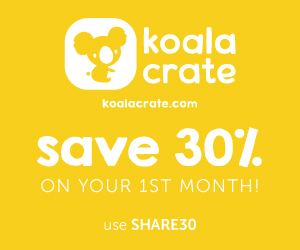